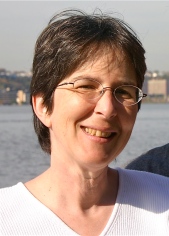 On this, the fourth anniversary of Susan Keegan’s still-unprosecuted homicide, we will allow other voices to express the profound sorrow, quiet rage, and still-hopeful belief in the rule of law that guides our continued quest for justice. Feverish reader that she was, Susan would appreciate our effort to let literature speak for us:

Reminder to DA Eyster: “Evils that befall the world are not nearly so often caused by bad men, as they are by good men who are silent when an opinion must be voiced.”

—Lawrence Schiller, Perfect Murder, Perfect Town: The Uncensored Story of the JonBenet Murder and the Grand Jury’s Search for the Truth

—Robert Kennedy, The Pursuit of Justice

Let it not be so: “Laws are like cobwebs, which may catch small flies, but let hornets and wasps break through.”

—Jonathan Swift, A Critical Essay upon the Faculties of the Mind

Susan as the Player Queen in Hamlet a few nights before she was killed.

Encouragement to the Justice4Susan Committee: “There may be times when we are powerless to prevent injustice, but there must never be a time when we fail to protest.”

A promise kept: “The dead cannot cry out for justice; it is a duty of the living to do so for them.”

And a note of hope: “The law hath not been dead, though it hath slept.”

We miss you, Susan. We love you still. And we are as committed as ever to telling your story, giving a public face to the terrible wrong that was done to you, and bringing your killer before a jury of his peers.